The History of the Emoji

In 2015, “😂” was the Oxford Dictionary "Word" of the Year. Emojis are even displayed in museums! A lot of people are proficient in communicating with emojis but do we know where they got their start? 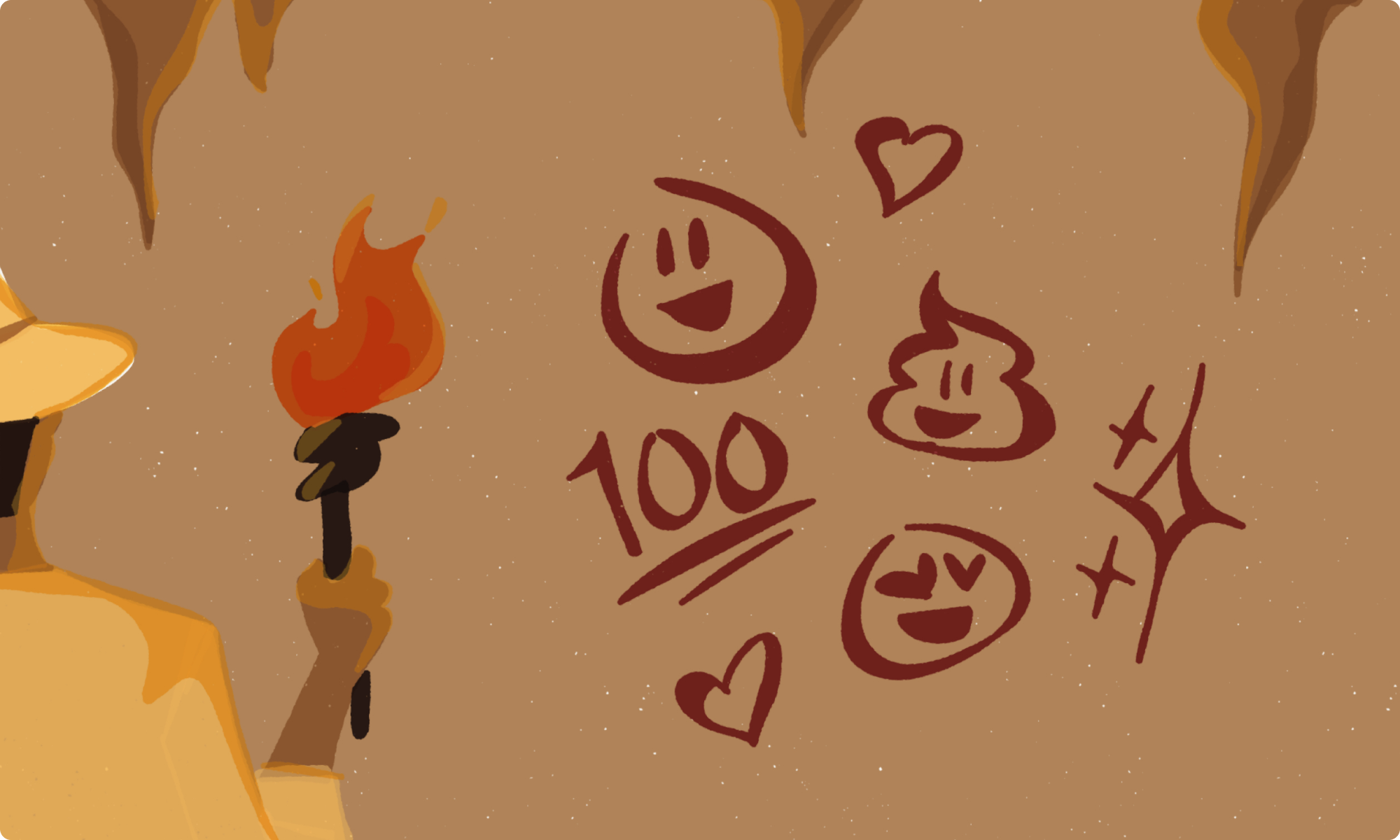 Where does the word emoji come from? Our initial guesses…

Emojis are common everywhere nowadays. We see them in White House economic reports and in 2015 “😂” was the Oxford Dictionary "Word" of the Year. They're even displayed in museums! A lot of people are proficient in communicating with emojis nowadays but do we know where they got their start? It began with ASCII emojis as humans started chatting more online, like with a personal favorite (╯°□°）╯︵ ┻━┻.

While the history of the emoji can be traced as far back to Microsoft's Wingdings font, emojis weren't popularized until Japanese mobile phone carriers started developing their own set of pictographs in the late 1990s. The first phone that likely used emojis was the J-Phone made by the Japanese service provider SoftBank.

The future was totally 1997! While that year in the US humans were emailing about the futuristic titles Gattaca and The Fifth Element, in Japan they were already texting and emoji-ing about them 😮! Emojis really took off when NTT_Docomo, another Japanese service provider, released a pack of emojis in 1999 created by interface designer Shigetaka Kurita (栗田穣崇). That emoji set was made to represent the weather, traffic, technology, and time and included a lot of symbols specific to life in Japan. Rival companies in the country soon started releasing their own sets of emojis to compete. With nearly 24 million mobile subscribers at the start of 1999, Japan led the world in sending each other millions of emojis in their mobile texts. By 2004, the popular smartphone DoCoMo i-mode had over 40 million subscribers using millions more emojis!

The original emojis fit Japanese culture, but what does 🙏 mean to you? It could maybe mean "thank you" if you're American or it could mean you're asking for forgiveness if you're South Korean. In Japan, don't be surprised if you receive more than a few good luck poos 💩!

Yeah, that's right, good luck poos! Sure, for you that poop emoji might work well when your co-worker tells you that meeting you thought wasn't happening until next week is actually today 😱, but in Japan, the poop emoji is a symbol of good luck. That's because "good luck" in Japanese sounds a lot like "golden poo". This cultural phenomena even has a name, Kin no unko (金のうんこ) 🤯! Since emojis mean different things in different places in the world, some could even be considered vulgar in some places 😬, so keep that in mind when you're texting with your international pen pal if you’re trying to make friends! 💌

So how do new emojis get created? Did you know anyone can design a new emoji? It’s true! Anyone can submit a proposal for a new emoji. There's a lot to think about in approving such a proposal and the Unicode Consortium is on the job! 👷♀️👷♂️ They have to consider all the possible meanings of an emoji worldwide and what an emoji might look like so that it’s best recognized. That way, we all can speak emoji together and understand each other!‍

New emoji sets are released periodically as they’re approved. Since 2015, some of the new emojis released by the Unicode Consortium have been diversifying the types of humans and cultures represented through emojis. The Unicode 8.0 release included the ability to choose different skin tones for emojis representing humans, for example. In that same spirit, several prior emojis now have female or gender-neutral variants. And emojis that are common nowadays also represent humans with disabilities or humans of different faiths or cultures.

Today, 5 billion emojis are used per day worldwide 🌍! With so many humans using this new form of communication, it's no wonder the emoji evolution is moving towards representing all of us! So keep sending your favorite emojis friends, and keep scoring your Slack reaction emojis with Scorebot! 👋

1997: SoftBank’s J-Phone features an emoji pack and keyboard to use them

1999: Shigetaka Kurita (栗田穣崇) creates a set of emojis for NTT_Docomo while Japan’s mobile market continues to explode to 24 million subscribers

2014: Emojis are used in a US White House Economic Report\

2016: An exhibit showcasing the NTT_Docomo emoji set debuts at MoMA

Already an avid Scorebot user? Tell us what you think.